The highest match attendance of the tournament was the game at Lusail Stadium on 24 November, with 88,103 there to see Brazil beat Serbia 2-0. On the same day, the FIFA Fan Festival™ in Doha’s Al Bidda Park has also achieved its highest accumulative attendance, with a total of 98,000 fans throughout the day. The multi-national and multi-cultured festival of football is screening every FIFA World Cup™ game on giant screens, as well as providing free entertainment between games with some of the most famous names from music scenes around the world – and has been enjoyed by fans from every corner of the globe.

Although currently most games show low or no availability of tickets, fans are reminded to check FIFA.com/tickets on a regular basis as additional ticket batches may be released and the resale platform is open.

Earlier in the week, FIFA also clarified the official capacities and tournament requirements for each of the eight stadiums hosting games at the 22nd edition of the tournament. It was confirmed that capacities for Qatar’s state-of-the-art stadium are in line – and in fact above – the requirements provided by FIFA.

While FIFA requests that venues hosting the final match, opening game and semi-finals can host a minimum of 80,000 and 60,000 spectators respectively, the magnificent Lusail Stadium can accommodate 88,966 spectators, while Al Bayt Stadium can host up to 68,895 fans. For all other matches, a minimum 40,000-seater capacity is required, with the demountable Stadium 974 being the most compact of all Qatar 2022 venues (44,089).

The capacity figures for the tournament have been finalised after all operational arrangements were made – from the final seating map to temporary infrastructure to accommodate media, broadcasters, and guests. It was also explained that capacities for specific matches such as opening and final may vary slightly, and that figures for legacy mode are different and provided by the Host Country. 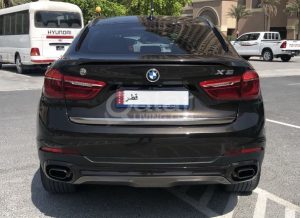 Posted 2 months ago by martell labs